Chelsea extended Olivier Giroud’s contract last May and his current deal runs down at the end of this season.

The striker was regularly linked with a move to Serie A in the last three windows, but the Blues were successful in retaining him.

Lazio, Inter Milan, Juventus and a few other Italian clubs were credited with an interest in the 34-year-old.

Lazio came close to taking the France international in the winter 2020 market, while the Old Lady showed interest in the former Arsenal star last summer.

Vincenzo Morabito is an Italian agent and intermediary who has been working on the World Cup winner’s file over the past few years. He represents Giroud’s agent, Michael Manuello, in Italy.

Morabito revealed Dries Mertens would have ended up at Chelsea when Tuttosport asked him whether Giroud was ever close to joining Lazio or Juventus. 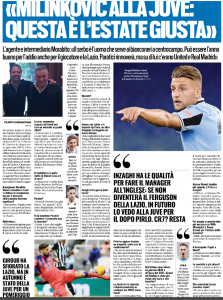 “I represent his agent, Manuello, in Italy. Giroud was one step away from Lazio a year ago: if Napoli had sold Mertens to Chelsea, the Frenchman would have become Biancoceleste,” Morabito said.

“And last summer, when Suarez, Dzeko and Morata didn’t seem feasible on loan, for one afternoon Giroud was practically with Juventus.”

With a contract expiring in June, Giroud will now be able to leave the London club as a free agent, if Chelsea and the player cannot reach an agreement over a new deal.