Sometimes Premier League players make some posts on social media in their own languages, leaving fans without a clue of what’s going on.

On Tuesday, Wolves goalkeeper Rui Patrício posted a story on Instagram saying ‘he’s already subscribed’ to something at his former club Sporting.

Patrício meant the Public Offer which was opened by the Portuguese club last week. They’ve released €5 subscriptions, as the minimum purchase is of 20 subscriptions per person, that makes €100. Buyers get an interest rate of 5.25% per year.

Patrício’s action to help his old club is a story in the Portuguese media today, where they highlight the fact that despite leaving the Lions at a controversial time earlier this year, his relationship with the club is still pretty good.

Sporting are trying to raise at least €15m with the Public Offer, and have set a maximum amount of €30m in this first campaign.

Over the weekend, Southampton fullback Cedric Soares had also posted about his support for the campaign. He’s tweeted saying ‘he in believes the club who formed him as a man and a player’. 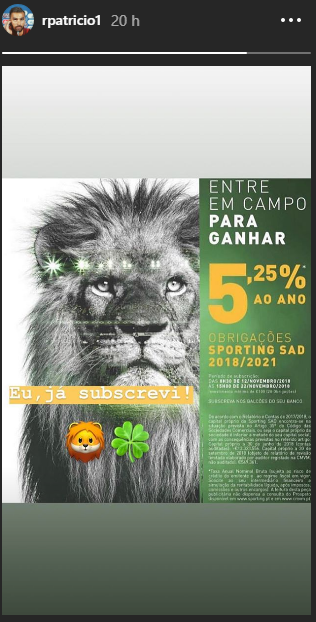 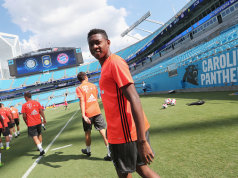