Even if Leander Dendoncker’s contract with Wolverhampton Wanderers expires in 2023, the Premier League club have some solace in knowing they also have an option to extend it by a year if they want.

This hasn’t stopped the Belgian from being linked with a move away from Molineux this summer, with Lazio reportedly keen on the versatile player.

The reason for that is Maurizio Sarri is trying to get himself a new team for next season, and with Sergej Milinković-Savić set to leave the club at the end of the season after seven years there, a replacement will be needed.

The ideal man in the Italian manager’s eyes is reportedly Chelsea’s Ruben Loftus-Cheek, but if he proves unattainable, then the ‘wild card’ is the Wolves player, because ‘he does not only play as a playmaker, but also as a central defender’, according to Corriere dello Sport. 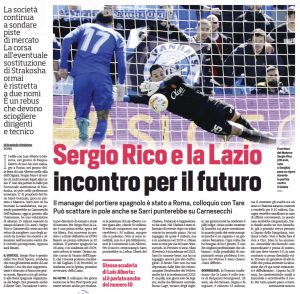 It’s made clear that Lazio’s director of football, Igli Tare, ‘has never crossed Dendoncker from the lists of midfielders’.

They say his contract expires in 2023, but a quick Google will take you to the official announcement of his 2020 renewal with Wolves, which explicitly states ‘the popular Belgian, now in his third season at Molineux, sealed a new deal until 2023, with an option to extend for the 2023/24 season’.

Therefore, it’s not quite that simple.