Using Michail Antonio for most of the season down the right in Sam Byram’s absence, reinforcements were needed in that position, and the arrival of Pablo Zabaleta on a free from Manchester City certainly helped.

However, if Il Messaggero in Italy are to be believed, the Hammers aren’t quite done buying players in that position, with Udinese full-back Silvan Widmer in their sights.

The Switzerland international has been with the Serie A side since 2013, and this summer appears to be the one where he could move, with Lazio also keen on his services, providing competition for Slaven Bilic.

Things were going well for them until a couple of foreign clubs arrived on the scene, ruining things, including one from the Premier League, ‘with all hints pointing towards West Ham’.

The Hammers are said to be ready to make a €10m offer for the 24-year-old, which is a lot of money for someone they don’t exactly need having brought in Pablo Zabaleta to help Byram develop and provide cover. 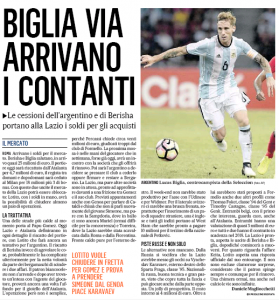 The only way this could make any sense is if Slaven Bilic took the decision to use either Byram or Widmer further up the pitch instead of at right-back, with the Englishman having played in a more forward role when West Ham played three at the back.

Still, it’s all a bit strange after signing a 23-year-old there for £4m only a year or so ago.