As we near the end of 2019, many have started reflecting on what has happened over the past decade, and for So Foot, they decided to look at how football has evolved.

The game as we know it has changed considerably, notably thanks to people like Pep Guardiola or Jürgen Klopp, whose styles many seek to copy or adapt, but a lot has changed off it, too.

During that time period, we’ve seen two dynasties come to an end, those of Sir Alex Ferguson and Arsène Wenger at Manchester United and Arsenal respectively, and both clubs have struggled to move on from their long-term managers.

For the latter of the two, it was the rate at which his club grew that was the most surprising, and perhaps is what ended up being his downfall, as he explained to So Foot in a round table with other managers when asked what football would be like in the next decade.

He said: “These days, the size of the clubs sometimes stop them from keeping the culture of performance. When I arrived at Arsenal, we were 80. When I left, there were 750, and when there’s 750 people in one organisation, each thinks about saving themselves rather than improving.

“I think there’s a degree of reflexion for me: how do you keep that desire to perform? Up to about 150, I think you can stay human. You know the name of the wife, of the kid of such and such. 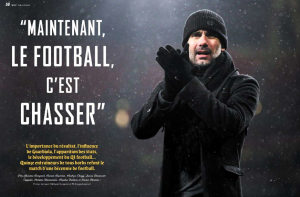 “My regret at Arsenal is to have gone from human size to inhuman, with a heavier administrative weight. Everything accelerated. Ten years ago, you’d see a guy who was good, you’d get him in, give him a tracksuit and he’d be a part of the team.

“That’s long gone. Now, if you want a new physio, you go through 300 applications. That’s how, at Arsenal, bit by bit, I felt the club slip away from me…”

Interesting quotes, especially when you see sides like Manchester United now being run more like a business for profit than a football club, leading to fans becoming disillusioned as to the priorities of their beloved team.

The same could be said about Arsenal, who are well known for ending the year with more money in their coffers than at the beginning, yet seem reluctant to spend to keep up with the competition.

And perhaps, in the end, that’s why Wenger feels stepping back from managerial roles until the right project comes along is what’s best for him at this moment in time.