Watford maintained their interest in Barcelona’s Jean-Clair Todibo after failing to sign him before the start of the season.

On November 21st, we carried a report from Sport, who explained the La Liga winners already have an offer from the Hornets for the centre-back.

Bayer Leverkusen and Watford also get a mention by the Catalan newspaper. Regarding the Premier League side, it’s claimed Nigel Pearson’s new club have asked the Spanish champions about the player. 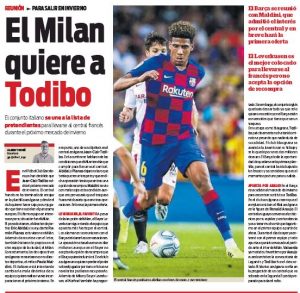 However, Todibo’s chances of moving to Vicarage Road in January have been ‘ruled out’ because the two clubs couldn’t find an agreement over the type of deal.

Watford only want to sign the defender on loan, while Barcelona want a sale.