In case you missed it, Federico Chiesa suffered a serious injury to his cruciate ligament at the weekend that will keep him out for the rest of the season.

That has left Juventus in a bit of a pickle, as they have lost one of their best players and now need to replace him.

One of the options to do that is Dejan Kulusevski, who has been heavily linked with a move to both Arsenal and Tottenham ahead of the January transfer window.

The forward has been out of favour since the start of the season under Max Allegri, featuring in a reduced role, which led to the stories.

Arsenal were said to have made a variety of moves to gather information, but nothing concrete has materialised itself just yet, despite the player being interested in a transfer to the Emirates.

That comes from Gazzetta dello Sport on Tuesday, who explain that Kulusevski could still be sold to build funds for a Chiesa replacement.

They explain ‘the Swede has shown interest in the courtship of Arsenal in recent weeks, but the Gunners have never proposed any offers for a permanent purchase’, and neither did Tottenham. 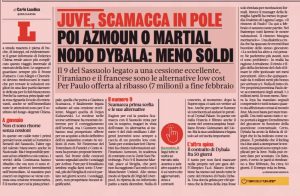 If that doesn’t work out, there’s also the possibility of selling Arthur, who has also been sent by various outlets to the Emirates.

In fact, he also ‘seems to want to player at Arsenal’, more so than at Sevilla, who have also taken an interest.

That being said, any enquiries ‘do not forecast significant collections’, meaning no big bid for him appears to be on its way.

What’s good to know for Arsenal, however, is that both these players would be happy to move to London if the opportunity presented itself, making any future transfer a lot easier.