Although the rumours linking Ivan Perisic to Tottenham Hotspur were getting strong in the past couple of weeks, there could be some reasons to cool things down a little.

Italian newspaper Tuttosport brings today a story on the winger which gives a few reasons why he could end up staying at Inter Milan for the next season.

First thing is that with Mauro Icardi’s absence, Perisic is becoming the star of the team, and his importance isn’t going unnoticed at the club, especially as the Argentine star may be leaving the club as well.

Second thing is that Inter Milan are thinking of signing Ivan Rakitic from Barcelona in the summer, the arrival of a compatriot would help convince Perisic to stay. 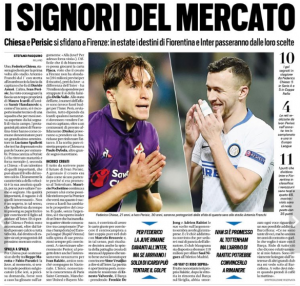 Tuttosport says that Mauricio Pochettino ‘continues to think of Perisic’ for the summer market, but the newspaper doesn’t have any updates on Tottenham’s efforts to bring the player to London at the end of the season.

So after all, although it’s normally the opposite, it looks like signing Perisic in the summer could be more complicated than having done it in January.