Houssem Aouar to Arsenal was almost certainly the biggest saga of the Gunners’ transfer window. Fans took to social media looking for any crumb of hope over signing the Lyon player, and at times it looked like a move would be possible.

This week’s edition of France Football takes a look at some of the dramas which happened towards the end of the market, and, of course, the midfielder takes his place.

It’s explained Mikel Arteta saw the Lyon player as someone who could be his Kevin De Bruyne in Arsenal’s attack. However, the heavy suggestion is that those in charge of the Premier League club’s transfers didn’t fully fall in line.

Arsenal are said to have offered €34m plus a further €3m in bonus payments, and they wanted to pay this amount over a period of five years, which isn’t unusual.

According to the report, Lyon and the London club didn’t actually enter into direct negotiations at any point, with the Ligue 1 side waiting for a ‘slightly’ higher offer before they did so.

That never came, and FF state: ‘Two weeks before the end of the transfer window, Arsenal abruptly cut the bridges.’

Arteta spoke to Aouar, something which was welcomed by the player, and then Edu took over. The Brazilian is said to have asked for time to contact Arsenal’s owners, and ended up ‘explaining to those around the player that he had not yet contacted Kroenke Sports & Entertainment for reasons of time-difference’. 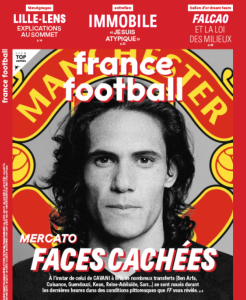 France Football don’t seem to buy this and say it ‘cast doubt on Arsenal’s real intentions’. They suggest the will for the signing may not have been the same between Edu and Arteta.

A late attempt from Juventus is covered, however, it’s worth noting that was widely denied in Italy.