Having signed for Marseille on a free, at least officially, despite being announced by Watford as their first transfer of the summer, Pape Gueye is, for now, a happy man.

He’s got what he wanted, and so has André Villas-Boas, the Ligue 1 side’s manager, who was keen to bring him in from Le Havre if his club was able to do so.

For a brief while, it looked like he would have to look elsewhere to bolster his midfield, but once the player kicked up a fuss and made it clear he never really wanted to join Watford and was duped into moving to Vicarage Road, a door opened once more.

We all know what happened next, and Villas-Boas, speaking to L’Equipe, explained the rollercoaster of emotions he went through when watching the transfer mess unfold.

He said: “We’ve followed him for many months, he was on our list. We thought we’d lost him to Watford. I leave the legal part to Jacque-Henri Eyraud (the club president). He told me it was possible to get him, so we gave the green light. 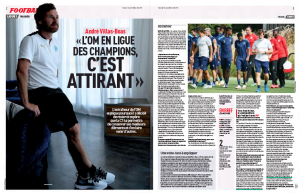 “We know things can happen with Watford, but we trust our legal department and I hope to have the player for the whole year. He’s got the athletic ability, he can play as a 6 or an 8. He’s got technical ability for someone his height. He needs to evolve tactically, but he’s got experience as a leader”.

Watford’s director of football, Éric Roy, recently made it clear the Hornets would not go down without a fight when it comes to the young Frenchman.

Whether it ends up in front of a court or can be settled between the two clubs without a fuss remains to be seen, however, since the Premier League club feels what they did was within their rights and the player should technically be theirs.