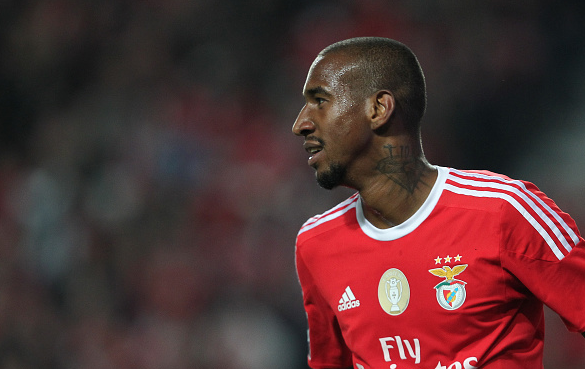 Anderson Talisca is reportedly ready to fly to England in order to finalise his move to Wolverhampton.

Of course this story has been dragging on for weeks, with the transfer being said to be done for several times, but the Portuguese media are really going for it this Sunday. 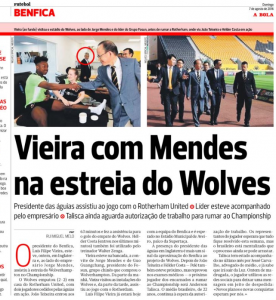 Both Record and O Jogo say the Benfica president Luis Filipe Vieira and Talisca’s agent Jorge Mendes were in England this Saturday to agree the last details of the deal.

A Bola even managed to picture the Benfica president and agent at Wolves’ stadium.

The work permit problems are said to be “practically sorted”, and the player would now be only waiting for his flight tickets.

O Jogo claims the Brazilian has only not signed for Liverpool because the FA didn’t allow him to join a Premier League club. We’re pretty sure that’s absolute nonsense.

And Record says it’s still possible that the player could end up being loaned out to another club, although they don’t give a reason for that to happen.

Wolverhampton are expected to pay €25m for the 22-year-old, who this Saturday posted on his Instagram a picture of him playing for Benfica and said: “New plans and new achievements await us.”