Home Premier League Chelsea Signing of Chelsea player being ‘seriously considered’ – ‘One of the more...
SHARE

Starting their season off on the wrong foot by losing to Lyon 3-0 at home, Monaco’s shortcomings were quickly exposed, meaning they need to further bolster their squad before the end of the transfer window.

Other than at striker, with Falcao seemingly on his way out to be replaced by Wissam Ben Yedder, the principality club badly need a defensive midfielder, and a few names are being linked to them.

On the list, according to L’Equipe, is Chelsea’s Tiémoué Bakayoko, one of their former players, whom they sold to the Blues back in 2017 for £36m.

The French newspaper explain talks have already taken place with the player about a possible return, as Monaco are ‘seriously considering’ the possibility of bringing the defensive midfielder back. 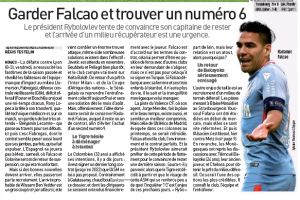 Any deal would have to be a loan for the 24-year-old, because spending €40m on Ben Yedder looks set to use up most of their budget, but L’Equipe state a move for Bakayoko ‘would be one of the more credible options’ as he already knows the manager, the team and the club.

Unwanted by Maurizio Sarri last season, the midfielder was sent on loan to Milan last year, where, after a difficult start, the France international impressed but proved too expensive for the Serie A side to buy permanently as Chelsea were unwilling to agree to a discount fee on the €35m pre-agreed option to buy.