Erik Lamela being left out of Tottenham’s Champions League squad wasn’t a big surprise, which underlines the player’s unfortunate situation.

The Argentine had found brilliant form at Tottenham under Mauricio Pochettino, matching his undoubted skill with a real will to win. Lamela’s improvement was a big boost for Spurs and a big part of Pochettino’s success with the club, but he’s now been out for so long that he rarely figures when Tottenham’s options are spoken about.

Mystery over the player’s absence led to suggestions Lamela was looking for a return to Italian football, but it’s been more connected to an ongoing hip problem. Despite going under the knife, there’s no firm suggestion of when Lamela can take to the pitch again for Spurs, but he has been in light training this summer.

Tottenham legend Ricky Villa has been speaking about his compatriot, and is clearly worried about Lamela. In a chat with AM950 radio, via Bola VIP, Villa said: “Unfortunately, Erik Lamela was operated on the hip. There is concern to know if he will play again. In England they are worried about him, but, because of how the medicine is today, hopefully he can return.”

Lamela is 25 years of age, whilst Villa may be concerned, and believes that concern is shared in England, there’s surely every chance of him returning this season, which would calm those fearing the worst.

Hopefully Lamela can get back before Christmas, and make sure he’s in Tottenham’s next Champions League squad. 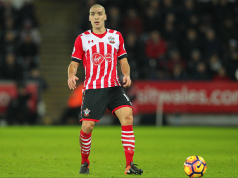