Saturday’s edition of Gazzetta dello Sport has a big article on possible transfers between Juventus and Manchester United, and kick things off by saying: ‘They are not so different: post-industrial, used to competing with the capital city, enterprising in the music scene.

‘But Turin and Manchester are above all cities of pure, refined, great football. In the Eighties it was Hughes against Platini, in the Nineties they enchanted Zizou and Beckham, now the Juve-United plots are more on the market than on the pitch.’

Matteo Darmian is ‘about to pack his bags’ to swap the two clubs, but he’s probably had them packed since around March given the claims in the Italian media since then.

The fullback will earn €2.5m a year on a five year contract, cost about €13m, and ‘return to the city that weaned him’.

Mario Mandzukic ‘has been identified as a warrior by Jose Mourinho’, if that happens then Juve will go for Anthony Martial.

Marouane Fellaini, who at this point feels like a listing on eBay, is described in this way: ‘In the interlocking game only the curls of Maourane Fellaini would be missing, offered several times to Juventus: although he is expiring, he does not interest.’ 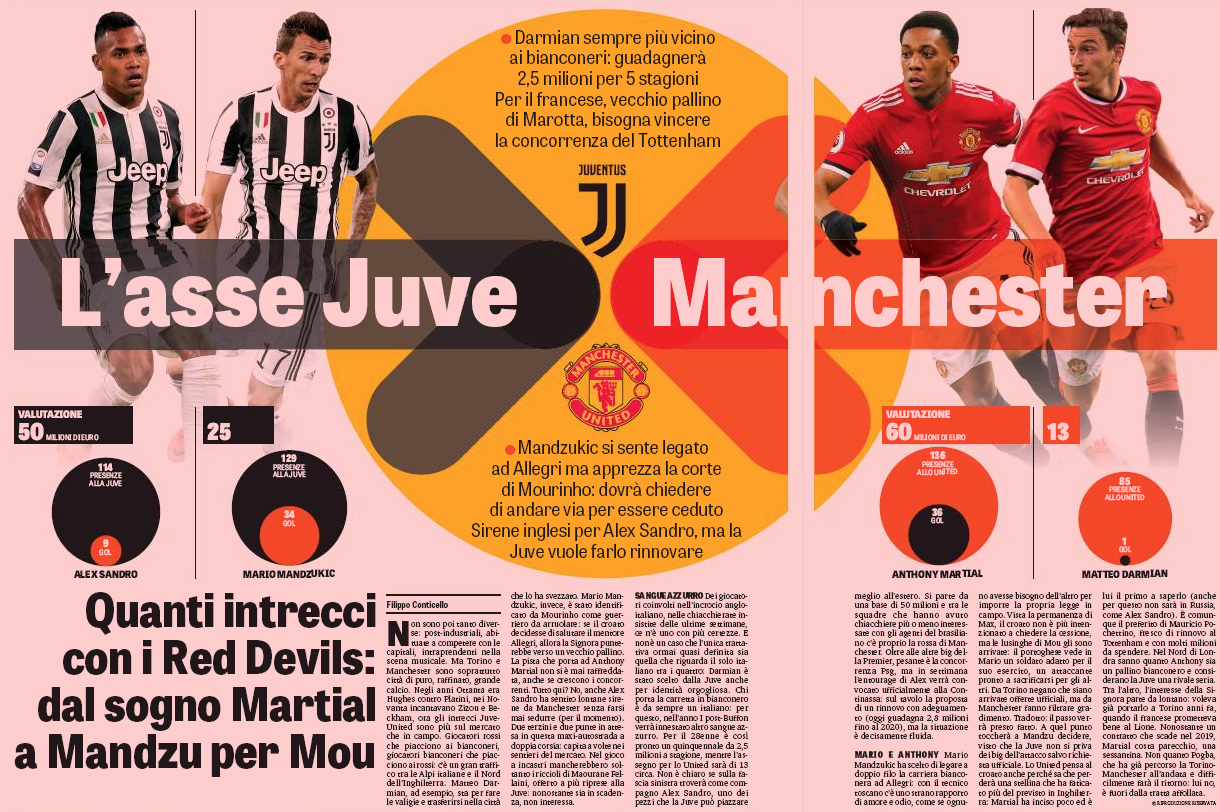 For months the Turin press have been suggesting Sandro is for sale this summer. The Brazilian hasn’t always been at the height of his abilities, and it was felt a good time to cash-in.

Last summer there were claims of offers around €60m, but the perceived asking price has since dropped to around €50m, which tells its own story. Manchester United and PSG are routinely linked, and that gives the idea of a possible big money transfer.

There’s ‘chatter with agents’ over a move to Old Trafford but it’s not presented as anything concrete.