Manchester United’s Anthony Martial has been linked to a handful of clubs ever since he asked to leave Old Trafford.

Sevilla, Juventus and Barcelona have been named as potential suitors and Newcastle United are now added to the list, according to today’s edition of Sport.

With the 26-year-old’s agent admitting last month the France international is keen to make a move elsewhere this month, the Red Devils’ idea is to recoup part of the investment they made when signing him from AS Monaco in 2015.

The Catalan newspaper claims ‘there was an important offer from Newcastle’ to sign the player in the winter market. The Tyneside club are in the market for a new striker after Callum Wilson picked up an injury in his side’s 1-1 draw against Manchester United on December 27th.

It’s claimed the Magpies proposal was ‘just over’ €35m, but the attacker ‘refused to sign’ for Eddie Howe’s side. Along with Newcastle, Sport say he doesn’t want to join Juventus. 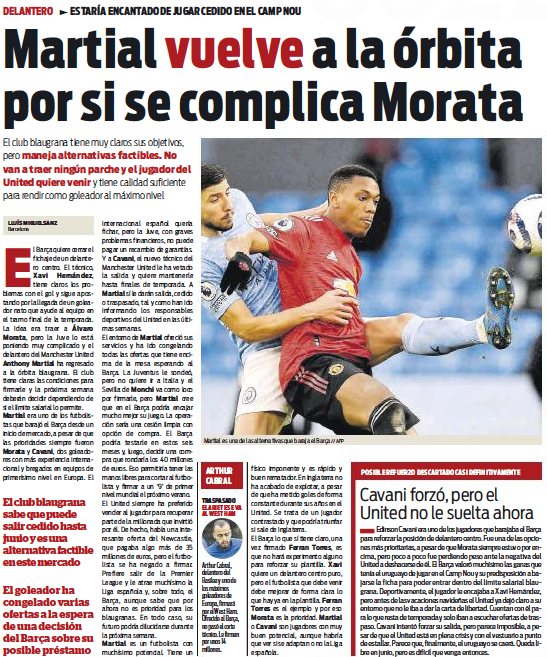 Martial’s agent has offered the player to Barcelona and has been ‘freezing all other offers on the table’, while waiting for a response from the La Liga side.

The report adds Xavi Hernández’s side have Martial on their agenda, but would only consider a loan.

If and when the Barcelona dream dies, then Newcastle United can return to try and convince the player.