The 22-year-old will join Nottingham on a free transfer, after his contract expired at the Eredivisie club.

De Telegraaf say Zwolle wanted to extend Lam’s contract, but didn’t stand a chance against Nottingham due to financial reasons. The player is now expected to travel to England to complete his medical examinations, before joining his new club.

The Finnish international is primarily a centre back, but can also play as a holding midfielder, and at right back positions. That versatility is a benefit to the Nottingham Forest squad and another reason Zwolle are sorry to see the young footballer leave them.

Lam leaves after spending two seasons at the Eredivisie club, and making 62 league appearances. His progression at Zwolle has brought interest from other clubs, and prompted Nottingham Forest to make a move for him. 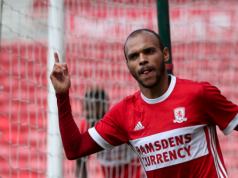