Earlier in May, we carried a report discussing interest from Newcastle United, Tottenham Hotspur and Valencia in signing Espanyol star David Lopez. The 28-year-old can play as a centre-back or a defensive midfielder and his form has seen him attract interest from Spain and England.

Today’s edition of the Catalan newspaper Mundo Deportivo claims the Tyneside club and Valencia are still looking at the option of landing Lopez this summer. There is no mention of the north London club in the report.

Newcastle and Valencia are the two clubs who have shown “most interest for the player”. The Magpies and the La Liga outfit will “fight until the end” for Lopez, who has a release clause of €40m.

Espanyol sport general manager Òscar Perarnau has already revealed the Spanish club have rejected several offers for Lopez, quoted by AS as saying: “David López has received proposals but we have rejected them.” 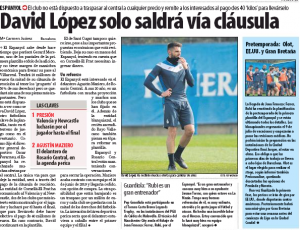 The only way Newcastle or Valencia can secure Lopez’s signature is if they trigger the player’s €40m clause. Espanyol not only identify the Spaniard as a key player on the pitch, but they also consider him a vital figure in the dressing room.

Mundo Deportivo claims, if Espanyol don’t receive a “cash payment” of €40m, then Lopez will continue with his current employers. Interested clubs have been informed of this. 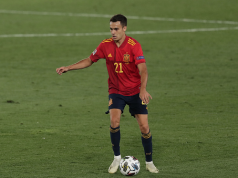 Arsenal player waiting on deal to be done to ‘carry out his medical’ – ‘No hurry’, announcement ‘postponed’

Arsenal player waiting on deal to be done to ‘carry out...

Watford ‘speaking’ to club regarding winger’s signing – Player should move...