Newcastle United want to bring in a new centre-back in the January window after adding right-back Kieran Trippier to their squad.

For the past few days, various names have been linked to the Tyneside club, with Lille’s Sven Botman leading the list.

A new player has now been added to the same list. According to De Telegraaf, Feyenoord’s Marcos Senesi is ‘in the picture’ for the Magpies.

That’s about the only information about the Premier League side mentioned in the report as the newspaper’s main focus is on what could happen to the Eredivisie side in the second half of the season.

Eddie Howe’s side looking at the Argentine is also backed up by ELF Voetbal. It’s claimed the Premier League side are one of three options available for the defender. 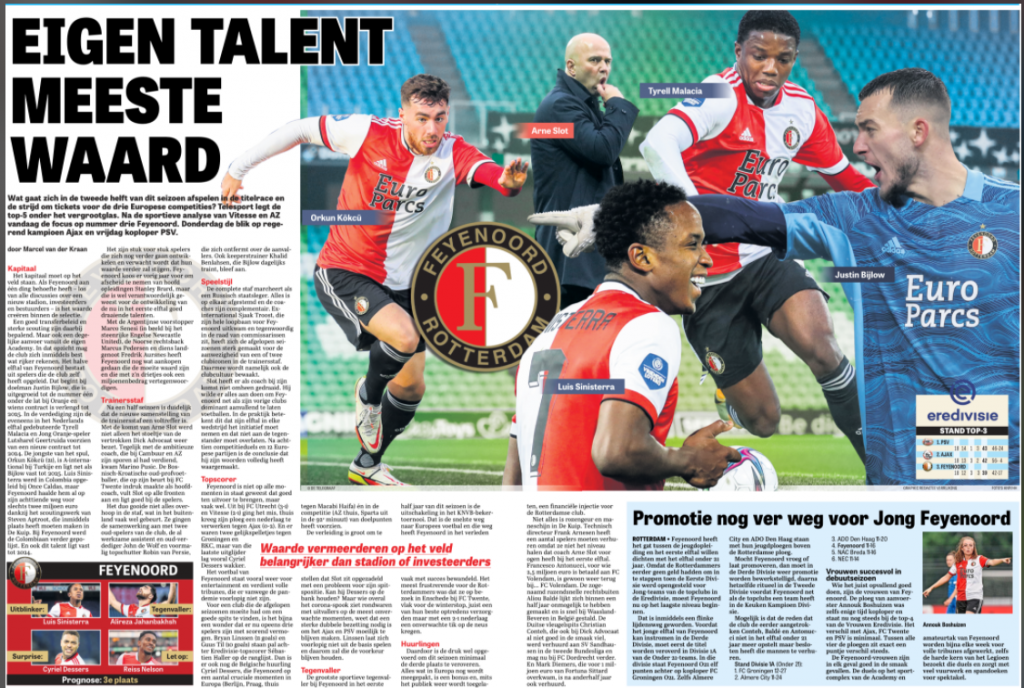 Newcastle are among the clubs interested in the South American, and in order to secure his services the English side are ‘willing to pay’ around €20m to Feyenoord. Whether the money will be sufficient to convince the Dutch club to let Senesi leave remains to be seen.

Senesi has made 28 appearances in all competitions this season for Feyenoord.