Considering Newcastle United manager Rafa Benitez has been an adept at playing a 4-2-3-1 formation for most of the season, you’d expect his wingers to be doing a lot more going forward.

Matt Ritchie might have six assists this season, four of them came very early on in the campaign, and his output has been very minimal ever since, while Christian Atsu and Jacob Murphy have two goals and three assists between them.

This is why it isn’t surprising to see the Spanish manager being interested in some young exciting talent for his wide positions, as Corriere dello Sport report Newcastle have been monitoring Mohamed Fares. 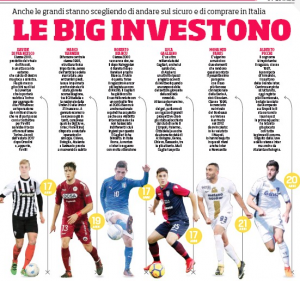 The Hellas Verona winger, who has played everywhere down the left, especially in defence, for his side this season (as well as the odd game up front), might not have the best stats, but a couple of injuries have also hindered his season.

The Serie A side haven’t exactly performed all that well as a whole either, yet the 21-year-old has still managed to pick up his first cap for Algeria in October, as well as attract interest from Napoli and Inter in the process.

That’s as far as this goes for now, but we’ll be keeping an eye out for more in the coming days.