Celta Vigo midfielder Stanislav Lobotka has turned down a move to West Ham, as he only wants to join Napoli.

The Slovakian midfielder has been courting interest from around Europe, with clubs in Italy and England both linked with a potential move.

West Ham were named as suitors earlier this week, with Il Mattino claiming that they were trying to hijack Napoli’s move for the 25-year-old.

The Hammers are looking to add to their squad in January, and the newspaper stated they should not be ‘underestimated’ when it came to negotiations.

However, it now seems they are out of the race entirely with Il Mattino now reporting that he has said no to West Ham.

Lobotka is ready to leave Vigo but only wants to go to Napoli, having already agreed on a four-and-a-half-year deal worth €2.4m per year with the Italian club.

The two sides now need to ‘bridge the gap’ between their respective demands but his desire to go to Naples, and subsequent rejection of West Ham has left the Galician club ‘cornered’. 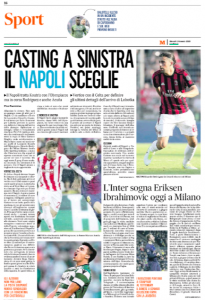 In truth, suggestions he would go to West Ham always felt a little strange in the first place, given the strained relationship between the Hammers and Celta.

Things became very fraught amid the negotiations for Maxi Gómez this summer, and it was hard to see them ever being able to agree over Lobotka.