Transfer rumours about the Italian fullback have been going on since he left his home country to sign for Manchester United.

In Italy it’s always seen as curious when an Italian leaves Serie A, with moves often seen as loans which will see the player return relatively soon.

Darmian has probably been away for longer than was expected, but for many months a move to Juventus has been seen as a sure thing. Calciomercato report the transfer is ‘already certain’ and lean on Tuttosport for their claims.

Whilst the Turin newspaper perhaps don’t go quite that far, they have done before. There’s been a whole string of articles explaining how Darmian to Juventus is more than 90% done and it’s likely to be the first transfer of the summer window for Juve. 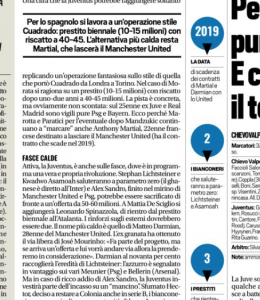 That would allow everyone to get on with the rest of their transfer business.

On that note, Tuttosport once again report Manchester United, along with PSG, are keen on Alex Sandro.