Home Europe Manchester United star named alongside Messi and Ronaldo as the best in...
SHARE 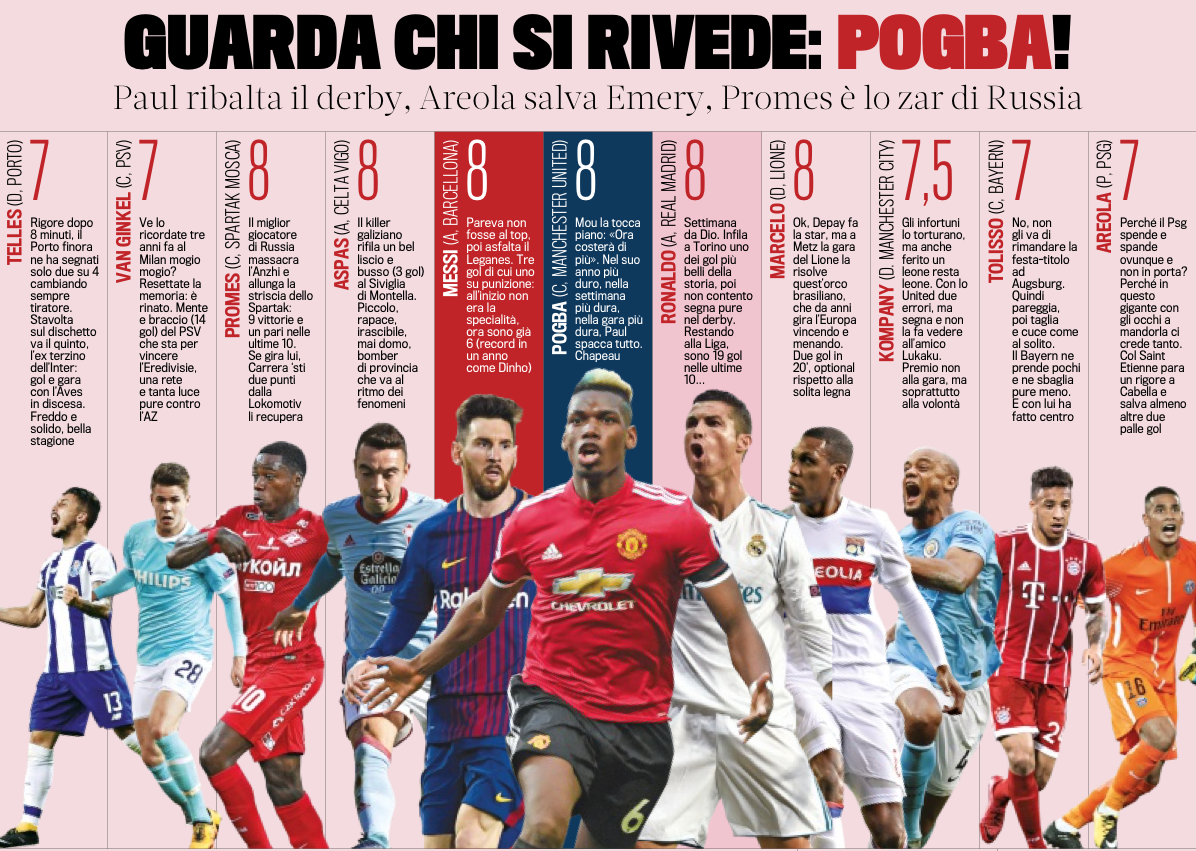 Every week for as long as we can remember, Gazzetta dello Sport have picked a selection of the best performers from around European leagues, ignoring their own Serie A for the purpose.

They’ve then plonked all the players in a team with the formation sometimes looking a little questionable. Well this week there was no team, or at least not as it’s been presented previously.

Instead, in their weekly Extra Time pull-out, Gazzetta have selected eleven players, seemingly coming to a crescendo in the middle of the list for who they feel did best.

And who should take the middle spot this week? Manchester United’s Paul Pogba, flanked by none other than Lionel Messi and Cristiano Ronaldo.

Gazzetta say ‘Chapeau’ to Pogba and praise him for coming through a difficult period to be absolutely crucial for Manchester United as they beat rivals Manchester City.

Pogba scored two goals against Pep Guardiola’s side to level the scores at 2-2 before Chris Smalling scored the winner.

Manchester City’s Vincent Kompany has also found his way into the selection, probably helped by his own goal in the derby.

Norwich City interested in forward – Official sent to Emirates this...