Home Europe Manchester United and a €75m offer – The complicated workings of the...
SHARE

So, Manchester United are back on the Toni Kroos chase… well that’s at least what’s being claimed by Bild, right?

The German newspaper has a reasonable reputation when it comes to transfer claims, so when the BBC and Sky say the following it’s going to create fuss:

BBC Gossip Column: ‘Manchester United want to sign Germany midfielder Toni Kroos, 29, from Real Madrid, who could try to negotiate France midfielder Paul Pogba, 26, moving the other way as part of any deal. (Bild, via Sun)’

Sky: ‘Manchester United will look to sign Toni Kroos from Real Madrid in January with the Spanish outfit hopeful of working Paul Pogba into the negotiations. (BILD)’

The claims are also being carried by several other UK newspapers and have made their way around Europe.

The BBC gave the best clue, by saying they’d got the claims via The Sun, so off to them we go.

They report: ‘German newspaper Bild claim that United have reignited their interest in the 2014 World Cup winner – and would be willing to pay £66.9million for his services.

Real Madrid, however, are desperate to land Paul Pogba – and could use the Red Devils’ interest in Kroos as leverage to finally get their man.’

The article they link to is actually SportBild, and from September 14th… more than a month ago. More than that, these aren’t Bild’s claims.

SportBild explained: ‘Real Madrid want Paul Pogba (26). In the summer, however, the Spaniards could not agree with Man United.

‘Real is now planning the next start in winter! And the Spanish journalist Eduardo Inda claims to know what the deal should look like. Therefore, Real is planning an exchange with Kroos!

‘According to Inda, the English top club is interested in Kroos. There was even contact between both clubs. In spring, the Red Devils have offered 75 million euros for the German international.’ 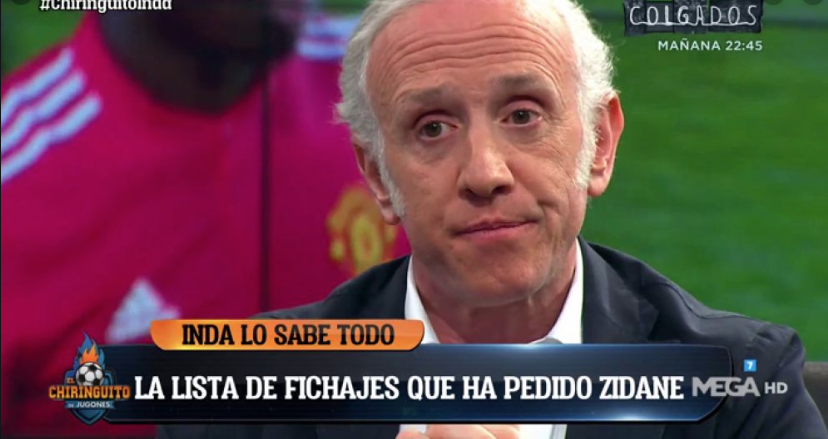 Inda tweeted about Kroos and Manchester United on September 11th. Interestingly, his previous tweet had been to try and laugh off a reply from Cesc Fabregas who had rubbished one of his previous stories.

The journalist had claimed that at the Monaco GP, Kylian Mbappe had told a Spanish footballer he wants to play in La Liga. Fabregas said he’d been the only Spanish footballer there, to his knowledge, and it certainly hadn’t been him.

Back to the point, Inda stated Manchester United had offered €75m earlier this year, and that led to Kroos renewing his contract. With Real Madrid still wanting Paul Pogba, the claim was they could include the German midfielder in a deal.

The whole thing, which remember is actually more than a month old, was unreliable to start with and has been twisted further in the rumour mill.