On Thursday, Manchester United saw Zlatan Ibrahimovic announce he was signing for them, and then kept quiet for the rest of the afternoon.

The club made no official announcement, and it’s a good job we all trust Zlatan’s word.

Perhaps Manchester United were too busy printing Henrikh Mkhitaryan kits, because they’re currently for sale on the club’s website. 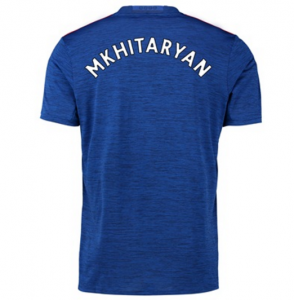 Sport Witness’ Tom Coast spotted it and it’s been there long enough for us to have a good nosy and take some screenshots.

Manchester United have in one day let a player announce he’s signing for them, and announced the arrival of another by accident… or is it?

Perhaps it’s a marketing ploy to get everyone to have a look, and be tempted to reserve their Mkhitaryan kit for next season.

As we published this article, Manchester United’s website was creaking under the pressure of fans trying to have a look themselves.

Evil genius, or someone messing up. Either is quite entertaining.