Mateusz Bogusz signed for Leeds United in the January 2019 window, and is now on his second loan away from the Premier League club.

Last season he was at Logrones, and he’s spending the current campaign with UD Ibiza, in Spain’s Segunda division. Ibiza are currently 12th, and we’ve covered multiple reports from the Spanish media which have explained Bogusz has been impressing, and become an important part of the club’s squad.

Things could have been very different, reports Polish newspaper Przeglad Sportowy on Monday. They have an article covering Legia Warsaw’s terrible start to the season, with the club 16th out of 18 in Poland’s top flight, and in the relegation zone.

Czesław Michniewicz has gone through the exit door, and now there’s rumours about who was making Legia’s transfer decisions. According to Przeglad Sportowy, he’d wanted to sign Bogusz from Leeds United, but was told it wasn’t possible. 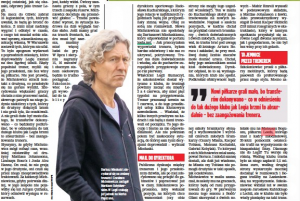 The Polish club’s explanation is that the deal would have cost €2.5m, however, other sources say the loan was possible and that Legia simply didn’t push hard enough to take the player.

Clearly, a loan was possible, given that’s how Bogusz ended up at Ibiza. In hindsight, that move looks better for the Leeds player than taking part in Legia’s worst start to a season in 85 years.