When Mexican newspaper Record had that front page saying Edson Alvarez was close on moving to Wolverhampton Wanderers, it seemed like the transfer was about to happen, but it turns out that the same outlet hasn’t even bothered naming the Molineux side in the past couple of days.

In fact, despite the local press expecting the defender’s transfer to Europe to happen soon, with claims saying it would be done this week, it now looks highly unlikely.

America’s manager Miguel Herrera has spoken to the local media on Wednesday, and with several questions being about Alvarez’s future, he’s had to make the situation clear.

Quoted by Record, the manager has claimed that no official offers have arrived to America so far. He’s basically contradicting the newspaper’s claims, and perhaps that’s why they don’t mention the bid anymore.

“There is no concrete offer on the table, but there have been approaches, two or three options. I see it hard for him to stay. He’s a guy who wants to emigrate, who seems to have earned it.” 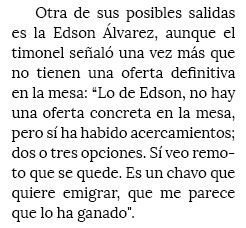 Herrera has also been quoted by Los Campamentos, denying the claims that he’s been told not to use the player.

“We don’t know. Difficult to stay because he’s at an important moment in his career and already has a good basis to emigrate. However there’s no notice from the board that I can’t use him.” 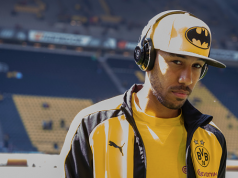