Manchester United have identified Ousmane Dembélé as an alternative to Borussia Dortmund’s Jadon Sancho to strengthen their attacking options.

Cadena Ser reported on Thursday that an ‘attempt is being made’ to convince the Barcelona winger to join the Red Devils, but it wasn’t mentioned who was making the ‘attempt’.

A ‘Top Secret’ report from Mundo Deportivo explains the Premier League side are ‘using all their weapons’ to get the 23-year-old to Old Trafford in the final days of the window.

Paul Pogba is one the ‘assets’ of the Premier League club, and the newspaper explains the France international has called the Barca player to ‘convince him’ to join Ole Gunnar Solskjaer’s side.

The ex-Juventus star believes his compatriot ‘can be decisive’ for United to bolster their squad to fight for silverware. 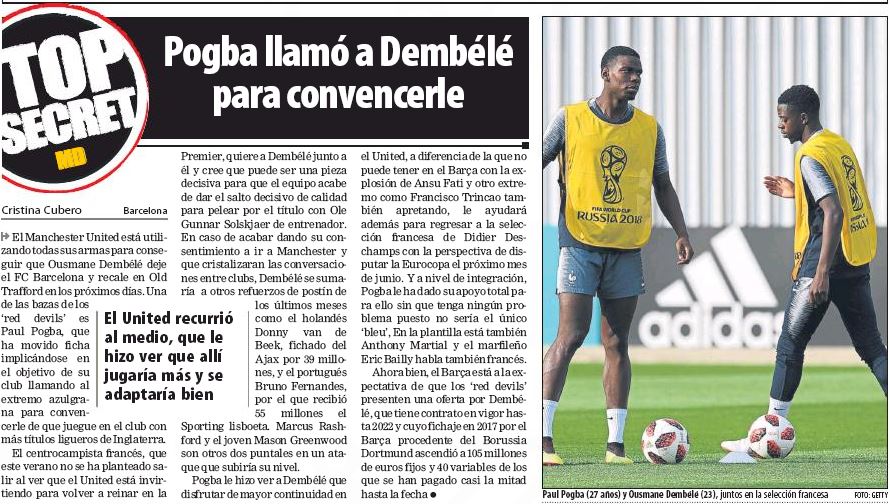 It’s claimed Pogba made Dembélé see that a move to United could help him feature regularly, something that may not be possible at Barca after the emergence of Ansu Fati and arrival of Francisco Trincão.

According to Mundo, Barca are waiting for the English club to present an offer for their player.

Another report from the same paper explains Dembélé ‘already contemplates’ leaving the Camp Nou. However, the Catalan club will only allow him to join United on a permanent transfer.

The ex-Dortmund man, who is informed about the negotiations, will only leave Ronald Koeman’s side on a permanent transfer and not via a loan deal. 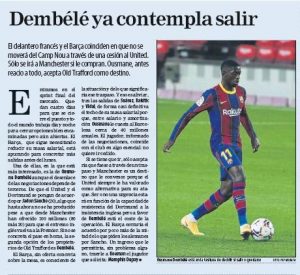 Barca paid €105m plus €40m in variables for Dembélé, and they are now ready to let him leave for half of what they invested in his signing.

Miguel Rico, however, warns the possibility of Dembélé ending up at Old Trafford depends on another factor, which is United failing to sign Sancho.