Look, we get it. When José Mourinho was in charge of Manchester United and Paul Pogba was an unhappy little bunny, then the stories sending him back to Juventus were half believable.

However, now, it just seems like a pipe dream.

Maybe this article will come back to haunt us, but the fact is, Manchester United all but sacked their manager to ensure their star’s happiness (the bad results also played a part, of course), leaving no doubt in mind where they stand on selling him.

Yet, that didn’t stop Gazzetta dello Sport from trying to keep Juventus fans’ hopes high on Thursday by claiming Pogba, who is having the time of his life under Ole Gunnar Solskjær (five goals and four assists in the last six league games), would like a move back to Italy.

According to the Italian newspaper, the France international would ‘gladly return’ to Juventus, who are ‘waiting on the sidelines’ for the opportunity. 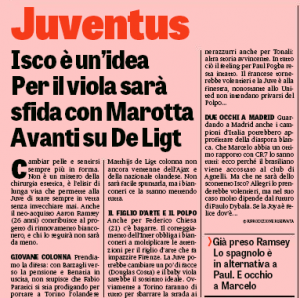 While this is all well and good, there remains the small problem of the money that would be involved in bringing Pogba back.

Manchester United bought the midfielder for around £95m (according to Transfermarkt, before you jump at our throats) at a time when that was among the highest clubs would go to for players.

Now, we live in a world where Barcelona pay €90m for a 21-year-old who only has 68 first-team appearances to his name.

We’re not saying Frenkie de Jong isn’t worth it, far from it, but that it’s hard to work out exactly how much Pogba is worth in today’s market.

Whatever it is, it’ll probably be a lot more than the £95m originally paid, and having signed Cristiano Ronaldo just last summer plus Aaron Ramsey seemingly on his way for next season, will Juventus be ready to pay over £100m for a midfielder?

“Happy to be important” – Man United midfielder delighted with current...

Reading star talks about great start of season and ‘dream of...