Liverpool are one of several Premier League clubs who Alex Telles has been linked to over the past year or so.

The FC Porto left back came to prominence with his performances for the Dragons as they won the league title. In June, it was reported in Portugal that Liverpool were ‘very interested’ in the player and even ‘tempted’ to pay his €40m release clause.

That’s the figure Porto were sticking to because they’d already seen Ricardo Pereira move to Leicester City and then youngster Diogo Dalot sign for Manchester United, they couldn’t afford to see another fullback leave the club.

Nobody paid it, and Telles has started the season as one of Porto’s best performers.

It would therefore be no surprise if Liverpool interest was rekindled if the club are looking for high quality competition for Andrew Robertson. 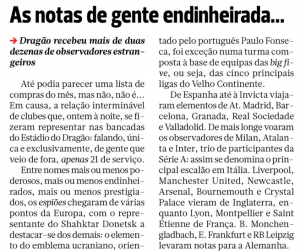 An official from the Anfield club was spotted on Wednesday night at Porto’s stadium as they beat Galatasaray 1-0 in the Champions League.

Whilst Telles may be one of the more obvious links, Hector Herrera, available on a free in the summer unless he renews, and Danilo did a good job in central midfield for Porto.