Divock Origi was one of their heroes as the striker not only scored a goal against Spurs, but his brace against Barcelona in the second leg of the Champions League semi-final was vital for the Reds to qualify for the final.

Things weren’t easy for the Belgium international last season as he had to wait until December to make his first appearance in the Premier League. He came off the bench against Everton and scored a stoppage time winner in the Merseyside derby.

However, after impressing in the Champions League, life has now changed for Origi and he talks about it during a lengthy interview with Belgian newspaper Het Belang van Limburg.

“My life changes every day (Grins),” he said.

“After we celebrated in Liverpool, I returned to Belgium for the national team. When I arrived at Manchester Airport, I was suddenly surrounded by supporters, they were all very friendly, but I couldn’t go forward or back.

“Staff at the airport came to ask me if they should guide me to the check-in counter. Fortunately, otherwise, I probably would have missed my flight.” 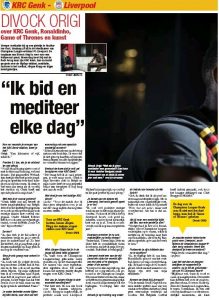 When further quizzed if Liverpool supporters view him differently after last season, Origi responded: “Apparently so, because I am often addressed.

“Most fans talk about the goals against Barcelona, ​​Everton and those against Tottenham during the Champions League final.

“I am also very grateful for those exceptional moments, as a child I dreamed of being able to experience them. Now they have become reality.

“I hold on to those beautiful moments, I draw strength from it when things go wrong. But it is especially important to keep working hard. After my career, I have plenty of time to take it easy, maybe with a glass of wine.”

While talking about his sleeping habits before match-days, Origi gave an insight on what he did before the Champions League final.

“Yes [I sleep well], very good. I have been awake for three to four hours at night, but that happened only a few times out of a hundred matches,” the frontman explained.

He wasn’t even struggling for sleep before the Champions League final.

“No, not at all. Until two days before the kick-off I build up to the match, I do my research, look at the opponent and I visualise the competition,” Origi added. 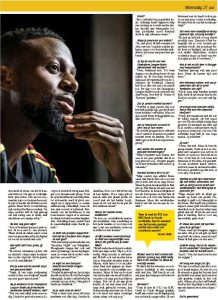 “Then I live in peace and quiet towards the match. The day before the Champions League final, I wasn’t thinking about the game, I watched Game of Thrones.”

Origi found it difficult to sum up in a sentence as why Liverpool are the most ‘beautiful club’ in the world. Instead, he had to explain it.

“There are so many factors that make Liverpool unique. I knew it before I went there that it was a very big club, but it wasn’t until I played there myself that I really felt it. You only realise that if you experience it yourself,” he concluded.