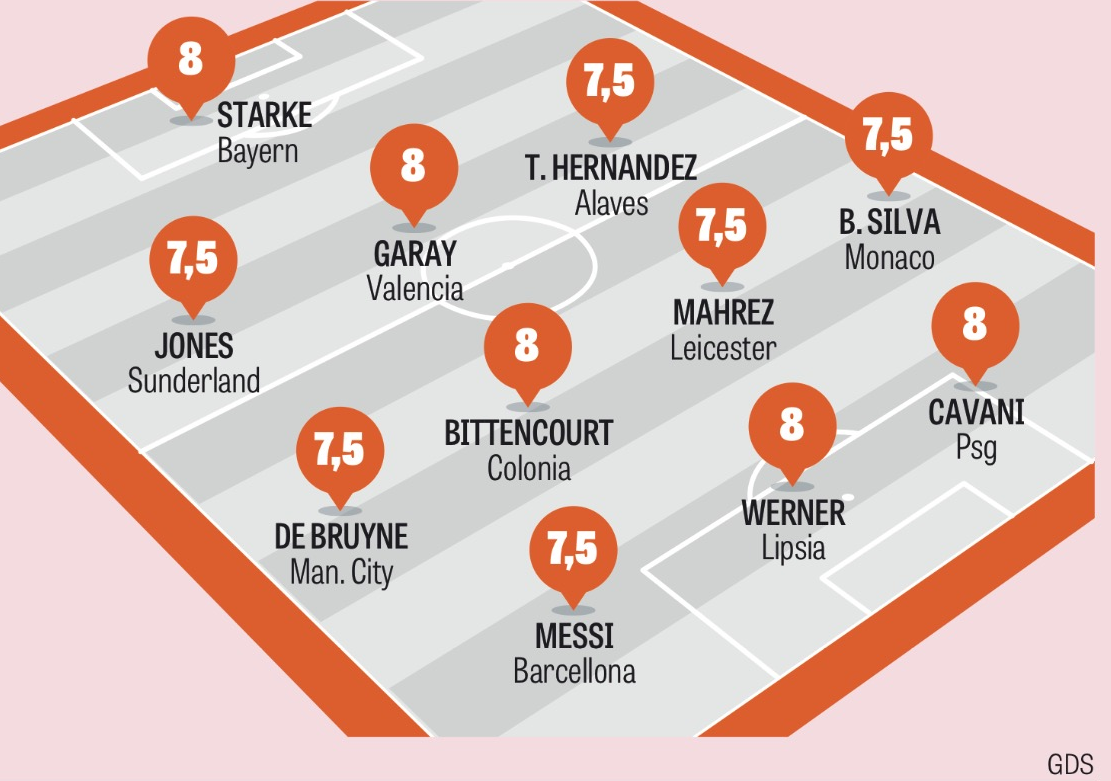 As usual, the Premier League have a good representation in Gazzetta dello Sport’s European Team of the Week. The grand old Italian newspaper pick out an eleven each week, covering all European leagues aside from their own Serie A.

This week Leicester City’s Riyad Mahrez is joined by Sunderland’s Billy Jones and Manchester City’s Kevin De Bruyne. The three are among good company, with Lionel Messi and Edinson Cavani also getting a place in the team.

Mahrez was Man of the Match for Leicester City in their 3-0 victory over Watford, scoring the second goal of the game. Jones didn’t quite get Man of the Match for Sunderland, with that accolade going to Jordan Pickford, but he crucially opened the scoring as David Moyes saw his team beat Hull City 2-0.

De Bruyne scored a goal and made 2 assists as Manchester City beat Crystal Palace 5-0, with disagreement from various media over whether it was the Belgian or David Silva to put in the better performance.

“How can you avoid renewing if you’re champion?” – Brother hints Bielsa could sign new Leeds contract

“How can you avoid renewing if you’re champion?” – Brother hints...