That Mikkel Damsgaard is still at Sampdoria is perhaps surprising given how high his star rose during the summer.

For weeks there were claims of a move involving several Premier League clubs, with Tottenham being the club most often mentioned. Despite all of that, and despite how highly the player is rated, it doesn’t appear that anyone has made a genuinely concrete effort.

La Repubblica look at the situation, and they say Leeds United and Liverpool are ‘eligible candidates’ to make a late move in the window. That probably means Marcelo Bielsa’s side and the Reds have shown some interest, and could return to try and sign Damsgaard.

Aston Villa are thought to be in the same situation, and they’ve been linked several times in recent weeks. Tottenham have now dropped out of the running. 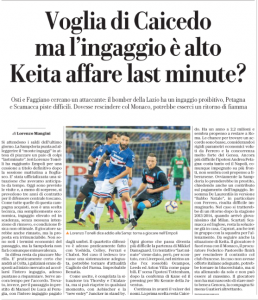 The report sounds quite confident that someone will make a late move for the 21-year-old winger, so it’s now over to Leeds and Liverpool to decide if they’re going to be that club.

Jurgen Klopp hasn’t been very active in the market this summer, and it’s been similar for Bielsa, so both managers will likely be tempted by a late addition of this quality.