Ternana are in talks to sign Bologna forward Robert Acquafresca as the Serie B club look to life without their star player Felipe Avenatti. The Uruguayan will become a free agent in the summer, and has been linked with a move to Leeds United.

Ternana News have reported Ternana are in talks with Bologna to sign Acquafresca in this window. The 29-year-old has struggled to get games with the Serie A side this season, and could look to move to a club which can give him more opportunities.

Ternana have come resigned to Avenatti leaving the club when his contract expires in six months, and could even cash in on the 23-year-old in this window.

Leeds United have been tracking Avenatti for the past 18 months after previous attempts to sign the South American. Given Avenatti’s contract situation he could still be an option for Leeds United boss Garry Monk as he looks to add to his attack, especially with reports West Ham United and Sunderland are interested in Chris Wood.

Leeds United will face competition from Serie A clubs following the player’s impressive form this season. 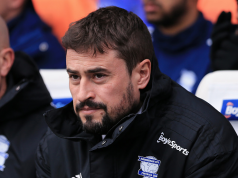