Liverpool added more steel to their defence following the additions of Virgil van Dijk and Alisson Becker in 2018.

The Brazil international’s arrival at Anfield restricted Simon Mignolet’s chances of featuring regularly for the Reds and the former Sunderland man left the Merseyside club for Club Brugge in the summer.

Mignolet is the first choice keeper for the Jupiler Pro League side and speaking to Belgian newspaper Het Belang van Limburg, the 31-year-old admits battling with Alisson for a place in the starting XI was ‘impossible’ with Jürgen Klopp’s side.

“Indeed. If I could really fight for my place, I might have stayed. But if I had ended up in goal if Alisson picked up injury, I would be allowed to push ten shots out of the box,” he said.

“Then Alisson could immediately claim his place again. And even if he pushed the ball into his own goal, he would still retain [his place in the starting XI]. What sense did it make for me?” 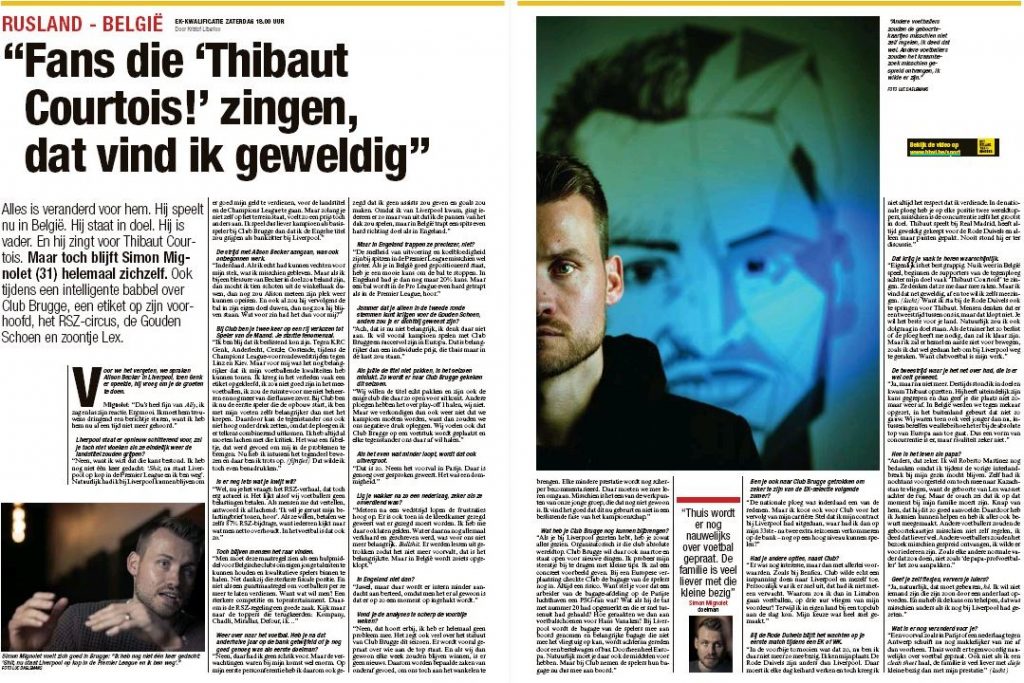 Liverpool are flying in the Premier League this season as they are the only unbeaten side in the league this season. After 12 games, they have 34 points and currently occupy top spot in the table.

If Mignolet had continued with the Champions League winners, he had a possibility of winning the title this season. However, the goalkeeper has no regrets about his Liverpool exit.

“No, because I knew that the opportunity existed. I haven’t thought once: ‘S**t, now Liverpool is in the Premier League race and I’m gone.’ Of course, I could have stayed with Liverpool to earn my money, challenge for the league title and the Champions League,” Mignolet said,

“However, as long as you are not on the starting XI yourself, a price feels different. So I would rather play in the starter at Club Brugge than grabbing the English title as a substitute at Liverpool.”