Home Europe “I will study my options in summer” – Leicester star says no...
SHARE

Leicester City’s Youri Tielemans has less than 18 months left on his contract and has been linked to Manchester United, Arsenal, Manchester City and Real Madrid in recent times.

Last month, reports coming out Belgium stated the Red Devils and the north London club are in the picture to sign the midfielder.

The Foxes have struggled this season and are currently in the 12th spot in the league table, although they can climb to top 10 if they manage to win one of their three games in hand.

Tielemans, however, has not dropped his performances. After managing nine goals and six assists last season, he has seven goals and three assists to his name this term. 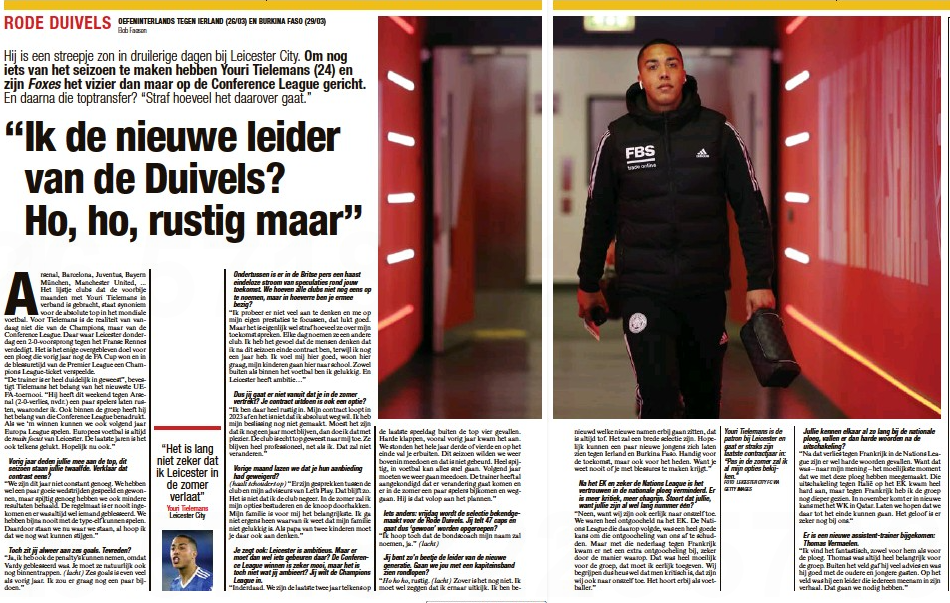 Ahead of the Conference League tie against Rennes on Thursday, Het Belang van Limburg interviewed the Belgium international, where he stressed winning this competition is important for Leicester, but he was also quizzed about the reports linking him to other clubs.

“I try not to think about it much and focus on my own performance, it works well. But it’s actually amazing how much they talk about my future. Every day they name a different club,” he said.

“I have the feeling that people think that after this season I will be out of contract, when I still have one year left. I feel good here, I like living here, my children go to school here. I am happy both outside and inside football. And Leicester have ambition…”

When asked if he’s not expected to leave in the summer, the player explained: “I am very calm about that. My contract expires in 2023 and it’s not that I absolutely want to leave.”

“I haven’t made my decision yet. If I have to stay another year, I will gladly do so. The club has been really great towards me. They remain very professional, just like me. That will not change.”

Earlier reports indicated the former AS Monaco man had turned down Leicester’s renewal offer, but Tielemans said: “(shrugs) There are talks between the club and my Let’s Play advisors. That will remain so. It’s not that I’m ignoring the club.”

“I will study my options in the summer and make a decision. My family is the most important to me. I’m not going somewhere where I know my family isn’t happy. As a father of two children, you have to think about that too.”

Brendan Rodgers’ side, who have a 2-0 lead from the first leg, take on Rennes in the return leg of the UEFA Conference League clash later on Thursday .