Aksam claim Hull City midfielder Markus Henriksen is closing in on a move to Fenerbahce following reports the Turkish club are working hard to sign the Norwegian before the transfer window closes on the 2nd of September.

After winning their opening two games of the season, the Yellow Canaries are looking to strengthen their squad and it seems the Hull City man is an alternative to Marseille’s Luis Gustavo. The Istanbul side reportedly want to bring in a defensive midfielder before next week’s transfer deadline.

It’s reported talks between Fener and Hull City are progressing and that their manager Ersun Yanal is open to the Norway international joining the Super Lig side. 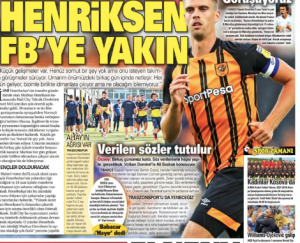 Henriksen has yet to play for Hull City this season and this has fuelled speculation in Turkey he’s about to leave the Championship side.