This week’s edition of SportBild again has a feature on Jadon Sancho’s future, but again there doesn’t feel an awful lot concrete about it.

Indeed, it’s pretty clear that from a Borussia Dortmund perspective, nothing actually seems to be happening right now.

The German magazine claims Manchester United ‘absolutely’ want to sign the player in the summer window, something which has been reported endlessly over the past year.

Chelsea are also credited with an interest, although this time Liverpool are left out of the article.

SportBild are insistent that Dortmund want €130m for their player, otherwise they won’t let him go this summer. This is the latest in a series of figures which, if the way previous ones have come and gone is anything to judge upon, appear plucked from thin air. 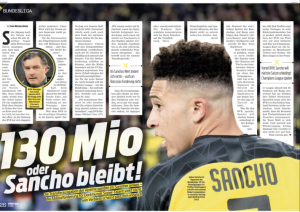 Interestingly, the slant of Sancho potentially wanting to stay at BVB for a further season is brought up again. This appears to be the latest slant the German media want to get out, whether that be on behalf of the Bundesliga club or not.

Manchester United not being certain of Champions League football is presented as a reason for Sancho not to feel he needs to move to Old Trafford to improve his sporting prospects.

The current Covid-19 situation is seen as potentially key, given that it could impact both the football calendar and potentially club finances. Given that, the coming weeks are key. 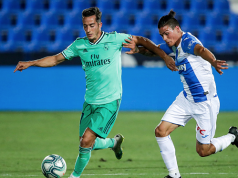