As Luka Modric and Ada Hegerberg went home with their respective Ballon d’Ors on Monday night, Kylian Mbappé, who came fourth in the main event, won the Trophée Kopa, awarded to the best young player in the world.

Unlike the other two, however, the prize wasn’t voted by journalists from around the world, but by a jury of 22 former Ballon d’Or winners, which included the likes of Cristiano Ronaldo and Pavel Nedved.

Top of everyone’s list, the Paris Saint-Germain forward raked in all of the marks (110), as second placed Christian Pulisic finished a casual 79 points behind him, while Trent Alexander-Arnold, the only Englishman on the list, came sixth.

Most of the Liverpool player’s points came courtesy of 1991 Ballon d’Or winner Jean-Pierre Papin, who had him as the second best U21 player in the world last year, while Michael Owen, Pavel Nedved and Denis Law all had him third on their list. 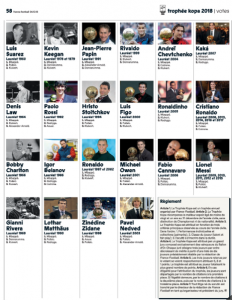 Both the 2001 and 2003 winners had Mbappé and Pulisic above him, while their 1964 counterpart voted Justin Kluivert as his runner-up.

As for the rest of the final list, the Ajax winger came third with 18 points, Rodrygo and Gianluigi Donnarumma finish joint fourth with 12, Patrick Cutrone was behind Alexander-Arnold with five, as Houssem Aouar was bottom of the voted for list with four.

From the final 10 nominees, France Football‘s breakdown shows neither Ritsu Doan (Groningen) and Amadou Haidara (RB Salzburg) managed to pick up any votes.