Home Premier League Arsenal “For the club, it’s something we should do” – Aubameyang backs Sanllehi’s...
SHARE

Earlier this month, Pierre-Emerick Aubameyang completed a switch to Barcelona on a free transfer, after terminating his contract at Arsenal.

Mikel Arteta had left him out of his plans at the Emirates for disciplinary reasons since the start of December. The Gunners also took the armband away from the 32-year-old later that month.

The Gabon international and the north London club agreed to end their association on deadline day of the winter market, which allowed him to seal a switch to the Camp Nou.

In his fourth appearance for Xavi Hernández’s side, the former Borussia Dortmund man netted a hat-trick in Barca’s 4-1 win over Valencia.

Mundo Deportivo interviewed the player, and he revealed having a chat with Héctor Bellerin and Thierry Henry over joining the La Liga side. 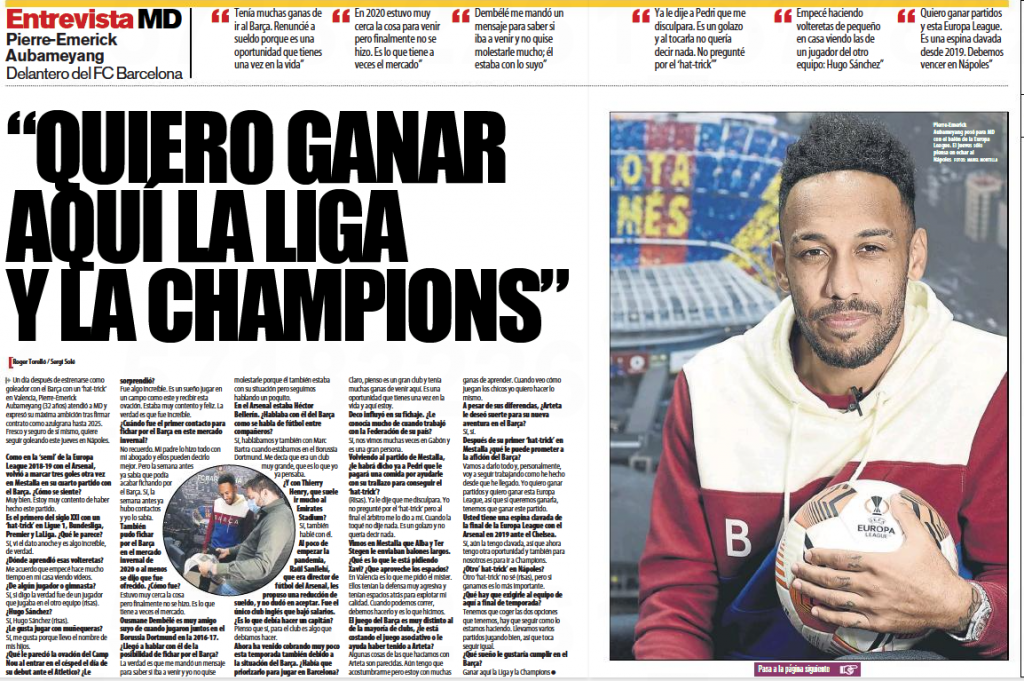 “Yes, we [Auba and Bellerin] talked and also with Marc Bartra when we were at Borussia Dortmund. He told me that it was a very big club, which is what I already thought. Yes, I also talked to him [Henry],” he said.

Former Barcelona director Raul Sanllehi has worked at Arsenal between 2018 and 2020. Shortly after the pandemic impacted football across the globe, the Spaniard proposed a salary reduction to everyone at the Emirates.

Aubameyang was then Arsenal’s captain and when asked about that reduction, he backed the Arsenal decision, rather than looking for conflict: “I think so, for the club it is something we should do.”

Meanwhile, the attacker also had to make a financial sacrifice to end up at Barcelona.

On the same topic, Aubameyang explained: “Sure [was a priority to play for Barca], I think it’s a great club and I really wanted to come here. It is an opportunity that you have once in a lifetime and here I am.”