Stuttgart attacking midfielder Alexandru Maxim has told the German media his future is still up in the air. The Romania international has been linked with move to Leeds United in recent months after the Championship side held talks with his agent in January.

Speaking to Stuttgarter Nachrichten, Maxim was asked if he would be remaining with Stuttgart next season after his difficulties during the current campaign.

The midfielder has been drafted back in to the starting eleven in recent weeks due to an injury to Carlos Mane, and said he still has affection for the German club. However, Maxim couldn’t confirm he would be with Hannes Wolf’s side next season, and made it clear his future is open.

“I feel very much connected to the club and the city. But what next year will be is still completely open at the moment,” said the Leeds United target.

Maxim is a player that has caught the attention of Garry Monk in the past and the Leeds United boss tried to sign the attacking midfielder when in charge of Swansea City.

Stuttgart are likely to invest in the summer with Wolf’s team on the verge of promotion to the Bundesliga, and Maxim could become surplus to requirements. 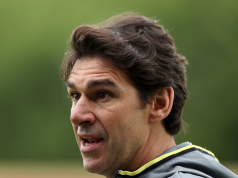