Home Europe Everton transfer would only be 3rd choice, good or bad news depending...
SHARE

Ramiro Funes Mori getting injured for Argentina could lead to the end of his Everton career. Ronald Koeman isn’t sure what level Funes Mori will be at when he plays competitively again or how long it will take the defender to get back to his best form.

With the World Cup now appearing on the horizon, the defender will want to give himself 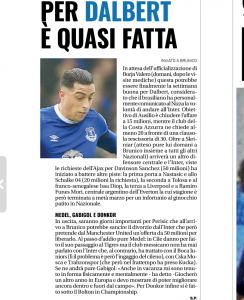 every chance of being selected for Argentina, should the country qualify. Italian newspaper Tuttosport say that Inter Milan are interested, echoing other Italian reports this weekend.

However, it’s explained that Funes Mori would be roughly third choice.

That’s good news if Koeman is keen on keeping the player around, and not so good news if the Dutchman would quite like to edge the 26 year out.