David Carmo is gradually being linked to English clubs, with Leicester City, who have a good record of signing central defenders, pushed forward more than most in recent months.

Liverpool have now been pulled into the story, and in November it was Manchester United linked to the SC Braga player. Leicester links were born from Carmo’s good performances against the Foxes in the Europa League.

It was reported last month that Brendan Rodgers was leading interest from the Premier League club. At the time the suggestion was Braga could lose their player in January, and it wasn’t reported as something which would be high cost.

Saturday’s edition of Record reports Liverpool interest, and they point out that Carmo is ‘protected’ by a €40m release clause.

That would suggest Braga would be looking for such an amount, yet given the previous slants it seems quite possible Jurgen Klopp’s side would be able to negotiate a lower fee.

Of course, that would only be the case should Liverpool make a move, and at this stage it would appear the Reds are yet to take that step. 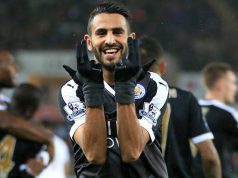 Club desperate for Chelsea to bid for defender – Has ‘no intention of staying’, now a ‘problem’

Club desperate for Chelsea to bid for defender – Has ‘no...