Needing around €20m to get Allan Saint-Maximin, Newcastle United and Watford still haven’t stumped up the desired money.

Steve Bruce’s side have come the closest, with the last report on the situation claiming they had put €18m on the table.

However, that still wasn’t enough, but there’s a belief in the local press that a deal could be edging closer, although his next destination still isn’t clear.

Nice-Matin mention both Newcastle and Watford as the interested parties, explaining both sides are ‘very seriously coveting’ the winger, and after many failed attempts from both clubs, the ‘decisive offer’ of around €22m ‘shouldn’t take too long to arrive’. 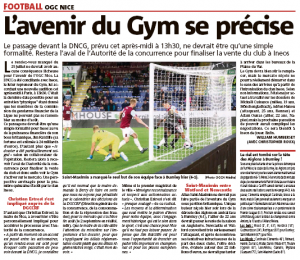 They even go as far as stating Saint-Maximin ‘should spend the upcoming season in England’, clearly believing this isn’t far off nearing the end.

Either way, they aren’t wrong, as time is ticking for both Newcastle and Watford, who have eight days to wrap up their transfer business before the window closes.