As newspaper Record reports the transfer of Stefano Sturaro to Sporting today, they claim that the player could have gone to the Premier League on deadline day inestead.

According to their report, Juventus tried to push for a last minute deal so the midfielder could move on a permanent transfer instead of a loan.

Th problem is that neither Watford or Wolverhampton Wanderers wanted to pay the €20m demanded by the Old Lady, so the possibility soon collapsed.

Sturaro will reportedly be joining Sporting on a one-year loan deal, for which the Lions will pay a €2m fee. 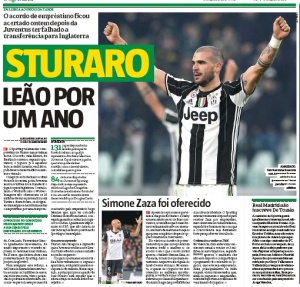 The 25-year-old was linked to several Premier League clubs during the transfer window, with some reports linking him to five sides at once.

Earlier this week, the player’s agent Carlos Volpi even claimed that ‘Sporting and Watford were the strongest candidates’, but apparently the Hornets didn’t make a big effort to sign the midfielder.

Wolves links were sporadic, but also talked up at one time by the agent, and it seems the interest may have been embellished.