Technically loaned to Celta Vigo until June 30th, Sofiane Boufal made his ‘official’ return to Southampton on Monday.

Only he didn’t because he’s currently in Egypt with the Morocco national team for the Africa Cup of Nations, even if he isn’t playing all that much.

The forward enjoyed his time in Spain, and the La Liga club would ideally like to bring him back, but there are issues for that.

We’ve already covered this a few times, as Celta search to find ways to lower the asking price and his wages, which El Desmarque explain are key to get a deal over the line. 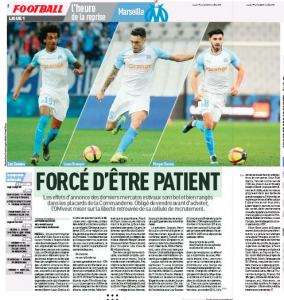 Southampton are asking for €16m, which the Spaniards can’t afford, and now there’s extra competition for the former Lille starlet’s services.

L’Equipe on Monday explained Boufal has been looked at by Marseille as a potential arrival to bolster their attack, and El Desmarque reckon the Ligue 1 club would be able to offer a ‘more attractive’ deal.

Furthermore, the French side will play in the Europa League next season, something neither Southampton or Celta can give the 25-year-old.

Fortunately for the La Liga side, Marseille are currently in no position to make said offer, as they need to ‘sell, sell and sell even more’ before they can consider bringing extra personnel in.