On Monday we covered claims from Catalan newspaper Mundo Deportivo that Tottenham Hotspur were keen to sign Pau Lopez.

Mauricio Pochettino was said to be the man behind the idea, and he apparently remembered Pau well from the manager’s time at Espanyol.

Spurs were making a ‘firm offer’ for the player, but it was all a little vague, other than Espanyol having an asking price of €5m for the 21 year old.

On Tuesday, another Catalan newspaper Sport have an update. They say Tottenham have submitted a bid of just €2m for the player who has a contract until June 2018.

Sport say Espanyol sources have confirmed a Tottenham offer in the region of €2m, but that’s clearly not enough for the Barcelona club. That doesn’t mean discussions are dead and it looks like the first offer was simply Tottenham making it clear they wanted a bargain, rather than being happy to pay the relatively low asking price.

Everything seems quite cordial, largely thanks to Pochettino goodwill, and if Tottenham are prepared to play fair then this should be a straightforward signing. 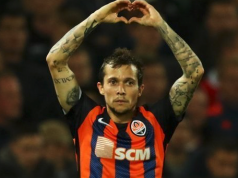