The Turkish side are in the market for a midfielder after parting ways with Jean Michael Seri and Mario Lemina this summer.

They’ve already signed Ognekaro Etebo from Stoke City on a season long loan deal but they are still keen to bring in another experienced central midfielder. 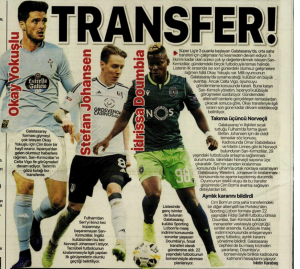 Fanatik claim Galatasaray are closing in the Fulham player, and that the Norwegian international is also keen to join them.

The presence of his compatriots Omar Elabdellaoui and Martin Linnes at the Istanbul side could also be a factor for Johansen, say the Turkish newspaper.

He made 36 appearances and provided five assists for Fulham last season. His contract at Craven Cottage will expire at the end of June 2022.