Home Europe Club in ‘ketchup trap’ as they wait for Manchester United to swoop...
SHARE

Manchester United are once again back in the chase for Jadon Sancho, a year after failing to take him away from Borussia Dortmund.

BVB were firm over their €120m price tag and the deadline to conclude the winger’s transfer last summer.

The Red Devils were unwilling to meet the Bundesliga side’s asking price and they are now provided another opportunity to sign the 21-year-old this summer.

Dortmund have already completed their first signing as Gregor Kobel arrived at the club from VfB Stuttgart.

This week’s edition of SportBild states further additions at Signal Iduna Park are not expected until they conclude a few exit operations. 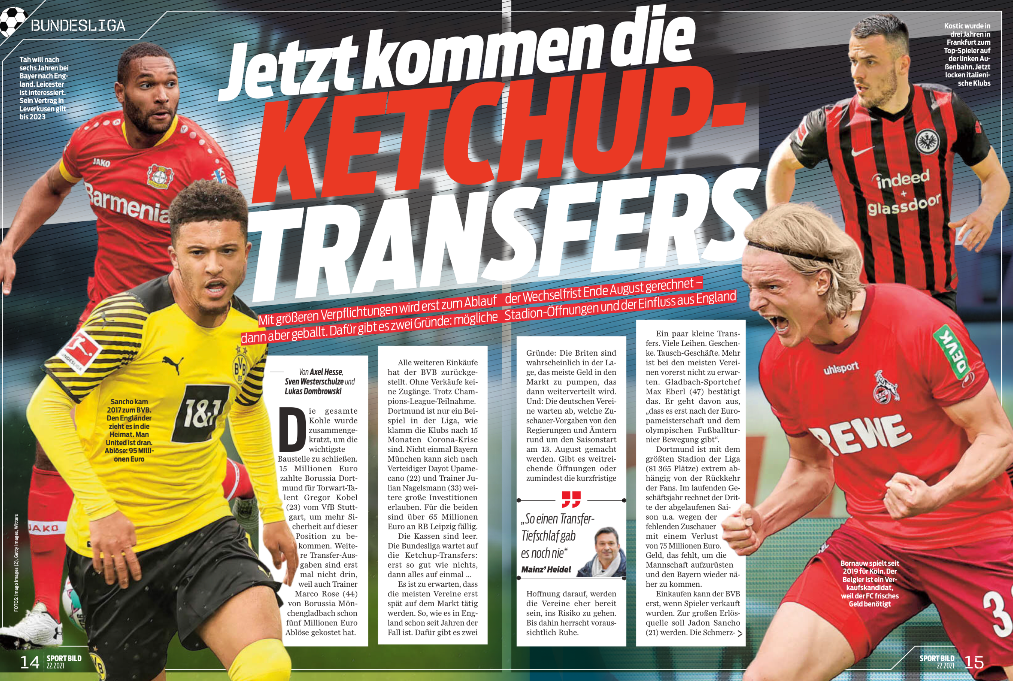 It’s claimed the German side can ‘only go shopping when players have been sold’ as they are in the ‘middle of a ketchup trap’. In other words, BVB can only bring in new faces if they raise money through player sales.

One player who can help them earn more money is Sancho, who has been slapped with a €95m asking price. It’s not made clear if this includes bonuses or just the fixed price.

Ole Gunnar Solskjaer’s side are ‘interested’ in the England international, and SportBild points out Manchester United are a club ‘that likes to wait a long time’.

Dortmund have identified PSV Eindhoven’s Donyell Malen as Sancho’s successor. The money from the latter’s sale could also be invested in signing FSV Mainz’s Jeremiah St. Juste to strengthen the centre-back position.

To sum it up, Dortmund must earn big through one or more players’ sale in order to get out of the ‘ketchup trap’ and make new signings. The ketchup reference is a comparison to trying to get the sauce out of the bottle, having to wait a while… and then it all coming at once.

Sancho’s sale can benefit BVB, they are now waiting for interested party Manchester United to make a move to sign the player.