Italian newspaper Tuttosport on Friday had a story about Lyon midfielder Houssem Aouar, who’s been a target for Juventus.

His club defeated the Serie A side 1-0 in the Champions League this week, and that’s one more season for the local media to be impressed with him.

But when speaking about the race for the 21-year-old today, the newspaper points out that Chelsea have been following him as well.

It’s claimed that the Blues are ‘particularly serious’ about Aouar, and consider him to be ‘a more offensive Pjanic’. 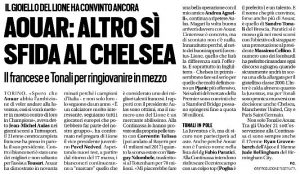 It’s also claimed that Chelsea could be offering €50m for him, although it’s not clear if that would be enough, since the amount that Juventus could afford isn’t mentioned in the story.

On a side note, Tuttosport also mentions Juventus’ interest in the Brescia wonderkid Sandro Tonali. And once again, the Blues are pointed out as one of the teams in the race, although there aren’t many details about this chase.

“There was Liverpool, it’s true” – Sporting Director reveals Reds were keen on signing him when he was playing 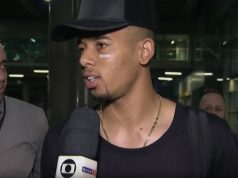 “There was Liverpool, it’s true” – Sporting Director reveals Reds were...

Man City man ‘very interested’ in move – Club could use...

Club will ‘do everything’ to sign Chelsea man this summer –...