One of the big question these days over at Anfield is whether or not Georginio Wijnaldum will renew his contract or not.

The Liverpool midfielder is set to become a free agent at the end of the season as things stand, and there is a genuine worry he could set off to pastures anew for no compensation in the coming months.

Barcelona and Inter have reportedly expressed their interest in the past, but Gazzetta dello Sport add another team into the mix: Wolverhampton Wanderers.

We haven’t seen anything about this before, which could suggest it’s their information, but the main line to take away from it all is that they’re confident he’ll sign a new contract. 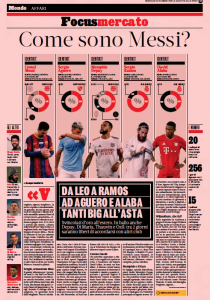 Talking about various potential free agents, the Italian newspaper write ‘one who should renew is the Dutchman Wijnaldum, 30 years old: Wolves will attempt him, but (Jürgen) Klopp will do everything to keep him at Liverpool’.

It’s not much, but it is enough to plant the seed that Nuno Espírito Santo wants a midfield reinforcement for next season, potentially to start stepping in for the ageing João Moutinho, with a free Wijnaldum an attractive target.